We have recently bought a new VW California from A1 Campers and wanted to take this opportunity to share our genuine pleasure at the exceptional way the whole process has taken place. We live in the Highlands of Scotland and wanted to upgrade our older California to a new model. Being Scottish we were, of course (!), very keen to get the best deal we could find and had been seeking prices and options from franchised VW dealers; both local and throughout the UK. We came to A1 campers via an advert and positive comments on the VW California Forum and although we were a little nervous given their non franchised status and near 500 mile separation, we enquired and spoke with Andrew Hill. It soon became clear that we had found something special; their product knowledge and access to the ever dwindling stock of new T6 vans was exceptional and before long Andrew had sourced several vehicles that met our specification. What is more the prices offered were dramatically lower than the best we had found elsewhere. Although Andrew was willing to take our van as a trade-in he suggested we would be better served to sell our van through him on a brokerage basis. We delivered our old van to Andrew who inspected, serviced and prepared it for sale. He then advertised it, dealt with all the enquiries and after only 2 weeks had secured a sale for us. After Andrews (very reasonable) costs of service / preparation and brokerage we received a net sum almost £4k better than the best trade in figure we had been offered by any other dealer. The combined effect of the brokerage sale and the exceptional new vehicle price has meant a net “cost to change” price which is almost £7K less than anything we could have achieved via the franchised dealer network! Perhaps even more importantly we have been treated with great respect, patience and understanding throughout the entire process. Andrew and all at A1 campers have been a pleasure to deal with acting with professionalism and integrity at all levels. I therefore have absolutely no hesitation in highly recommending A1 campers for their highly competitive pricing but perhaps more importantly for their exceptional level of customer service and ongoing care.

Just bought a new VW California from Andrew. The Service has been fantastic and everything went to plan exactly as described. He is a real VW camper expert, thanks for your time showing me how everything worked. After service has also been great with any questions answered promptly. Many thanks.. Stuart 12/02/2020

hi everyone just bought a new california ocean from andy at a1 campers and i must say the service we got was 1st class , if you want to buy a camper this is the place to go .

Recently bought a Swift caravan. Andrew was very professional, honest and helpful. Travelled a long distance to view, Andrew was very welcoming and answered all my questions with detail. Great service Many thanks 19/12/19

I recently bought a VW camper from Andrew and his team at A1 Campers and was delighted with both the product and the service. A highly professional and friendly company. Thank you! 8/12/2019

Looking for the perfect car? 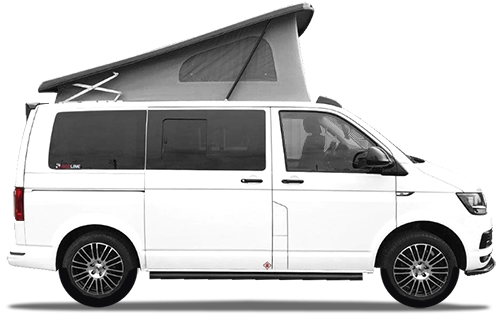